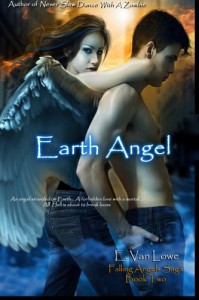 Three weeks after the end of Boyfriend from Hell, Megan is still trying to deal with the fall out. Her best friend Matt is gone, having sacrificed himself to right the wrong he did to Megan and Erin hates her because Matt always loved Megan while only liking Erin. Her mother, Suze, new best friend Maurdrina, and boyfriend Guy are there to help her cope and navigate through the emotions and high school drama around the girl who finds herself without her two best friends and suddenly very popular.

The second installment to the Fallen Angels series was better than it's predecessor. Instead of being the self-absorbed girl that she was in Boyfriend from Hell, Megan matured and thinking of a much bigger picture than her own little world.

She's also worried about Erin and tries to mend the rift between them. Granted, Erin wants nothing to do with Megan, but Megan does continue to try. In the past, she would have gotten mad at Erin and given her the silent treatment rather than trying to get through to her.

When Megan discovered Hell was still coming after the book, which she still had in her possession, she understood the dangers of letting it fall into the wrong hands and took steps to ensure it's safety. And when Beelzebub took what she loved most as a bartering tool for the book, Megan put aside her feelings for a certain incredibly beautiful angel linked to Guy and joined forces with her to save the boy she loves.

The book cliffhangers at the end, leaving us to wait for the final installment, Heaven. Hopefully we'll get our answers to what's going on with Erin and which angel is rising again.