On the Rim of Love: A Contemporary Romance Novel 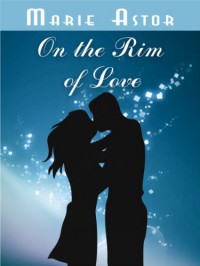 I wasn't sure I was going to like this one when I first starting reading it because I disliked Jeffrey immediately. And as the characters in the story, I had to question any Maggie's sensibilities when she let herself get forced into an engagement she wasn't really sure she wanted and then flown off for Vancouver for two weeks under the guise of an engagement trip only to learn mid flight it was actually for Jeffrey's work. WHAT?!?!?

My feelings towards Maggie change once you see her and Taylor together. Taylor saw there was much more to Maggie than what was at the surface. He encouraged her to pursue her dreams, where others would brush it off as a silly hobby. He encouraged her to be her own person and be honest with those close to her. Once Maggie stopped doing things to please everyone else, she became someone that I liked. She could be stubborn and set in her ways, but it wasn't because she was fighting everyone telling her what to do, but instead to try and get her point across or prove that she could do something.

Taylor seemed bigger than life. He was this daredevil skiier who wanted to have someone film him skiing an impossible pass in the mountains. But he was also a man who, would do anything for his friends, his family and his community. Even this filming wasn't about him, but to prove to naysayers that what his grandfather had done many years before could be done again.

I enjoyed the book until we got to the 30 pages or so. Then it got kind of hooky with the whole tunnel, the light and the fog. But if you can let those last pages go, it was a perfect book to read on a Sunday afternoon.